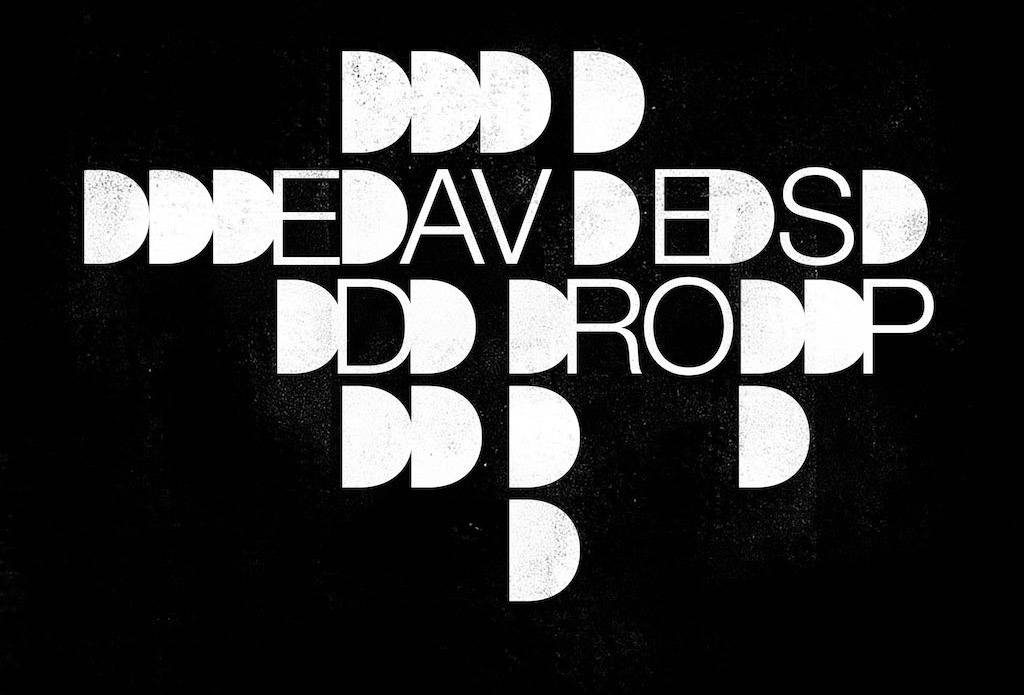 The two day festival EAVESDROP presents contemporary electronic music and sound art from more than a dozen outstanding Berlin-based and international artists. Abstract, critical, exciting and experimental - EAVESDROP explores how digital cultures have fundamentally altered how we experience both music and the world.

The festival uniquely brings together a group of adventurous composer/performers that share a common practice in electronic sound composition whilst spanning a diversity of inter-related contemporary tendencies. Whether its composing music with plants and animals, exploring the cognitive feedback between humans and technology, deforming techno culture through the distortion of time and space, or the sonification of celebrities’ Twitter feeds, EAVESDROP invites listeners to consider, from multiple perspectives, new social and technical developments in international music culture.

EAVESDROP is located at the Musikbrauerei, one of the last authentic locations in Prenzlauerberg. The 120 year old Schneider Brewery is tucked away between Greifswalder Strasse and Volkspark Friedrichshain and is a rare building to remain unspoiled by gentrification. 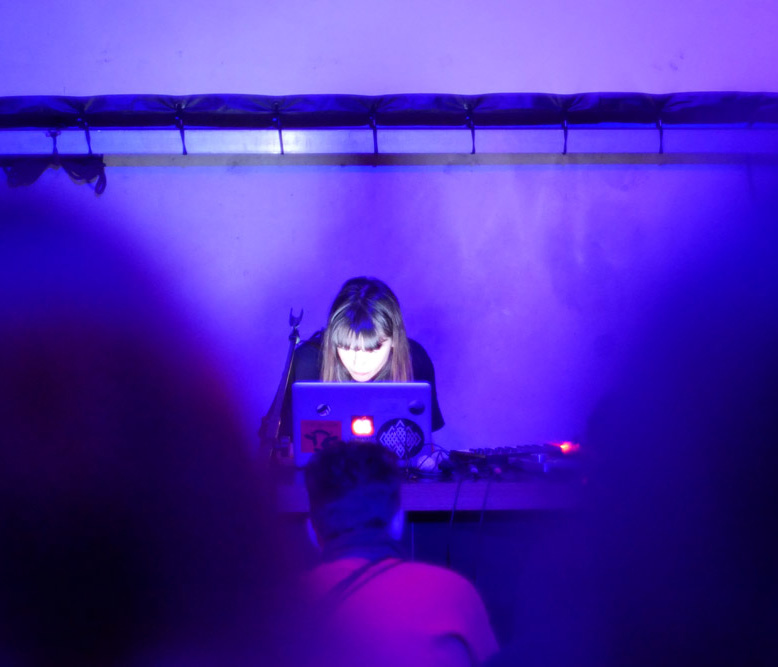 Biblo (or Pinar Üzeltüzenci) is an electronic music producer based in Instanbul. Since 2007, she has published self-released albums and EPs, and on labels such as Quetzi Recordings (2010), Terranian Recordings (2012), EICV7” (2012), Aentitainment (2013), Tektosag Records and C sides Records (2014).

“Istanbul's Pinar Üzeltüzenci makes stomach-turning surrealist jewels as Biblo. A music that constantly changes, seemingly genreless except in its sharp sphere of moods and experimental nature; it gives you an intense panic attack and simultaneously melts your heart, lulling you into unfamiliar places.” - Impose Magazine

Caterina Barbieri is a Berlin-based Italian composer who explores themes related to machine intelligence and object oriented perception in sound through a focus on minimalism. She explores the psycho-physical effects of repetition and pattern-based operations in music, by investigating the polyphonic and polyrhythmic potential of sequencers to draw severe, complex geometries in time and space. Her last LP, Patterns of Consciousness (Important Records, 2017) has received critical acclaim and been named in several ‘Best of 2017’ round ups - Fact Mag, The Wire, Boomkat. Her work has been presented in festivals such as The Long Now, MaerzMusik and Atonal (DE), Mutek (ES, CA), Barbican Centre (UK), Philharmonie de Paris (FR), CTM (DE), Ableton Loop (DE), Moogfest (US), Biennale di Venezia 2017 (IT), Boiler Room, (UK). Her current research investigates the creative use of computation and complex sequencing techniques to explore the artefacts of human perception and ultimately induce a sense of ecstasy and contemplation. 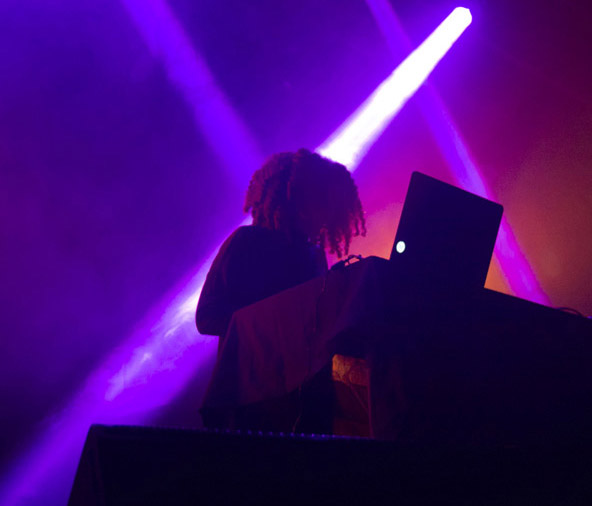 Jessica Ekomane's practice unfolds around music and sound installations. Her compositions seek a physical and cathartic effect alternating between noise and melody, and playing with our perception of rhythmic structures. Her latest project consists of a quadraphonic performance exploring the way our perception of rhythms is affected by the surrounding space, thereby introducing elements of psychoacoustics and gestalt theory. She is one of the Berlin Community Radio [INCUBATOR] residents for their 2017 edition. She’s performed in various institutions across Japan, Australia and Europe such as CTM festival, KW (Berlin), Ars Electronica (Linz)Dommune (Tokyo) or MUMA (Melbourne).

Roc Jiménez de Cisneros and Stephen Sharp work together under the moniker EVOL. Together they dissect and deform techno artifacts, stretching them to their very breaking point, where mental dissociation meets fun. EVOL works have been published by record labels such as Editions Mego, Diagonal, Entr’acte, Presto!? and ALKU, which he co directs since 1997.
Photo by Diego Bustamante 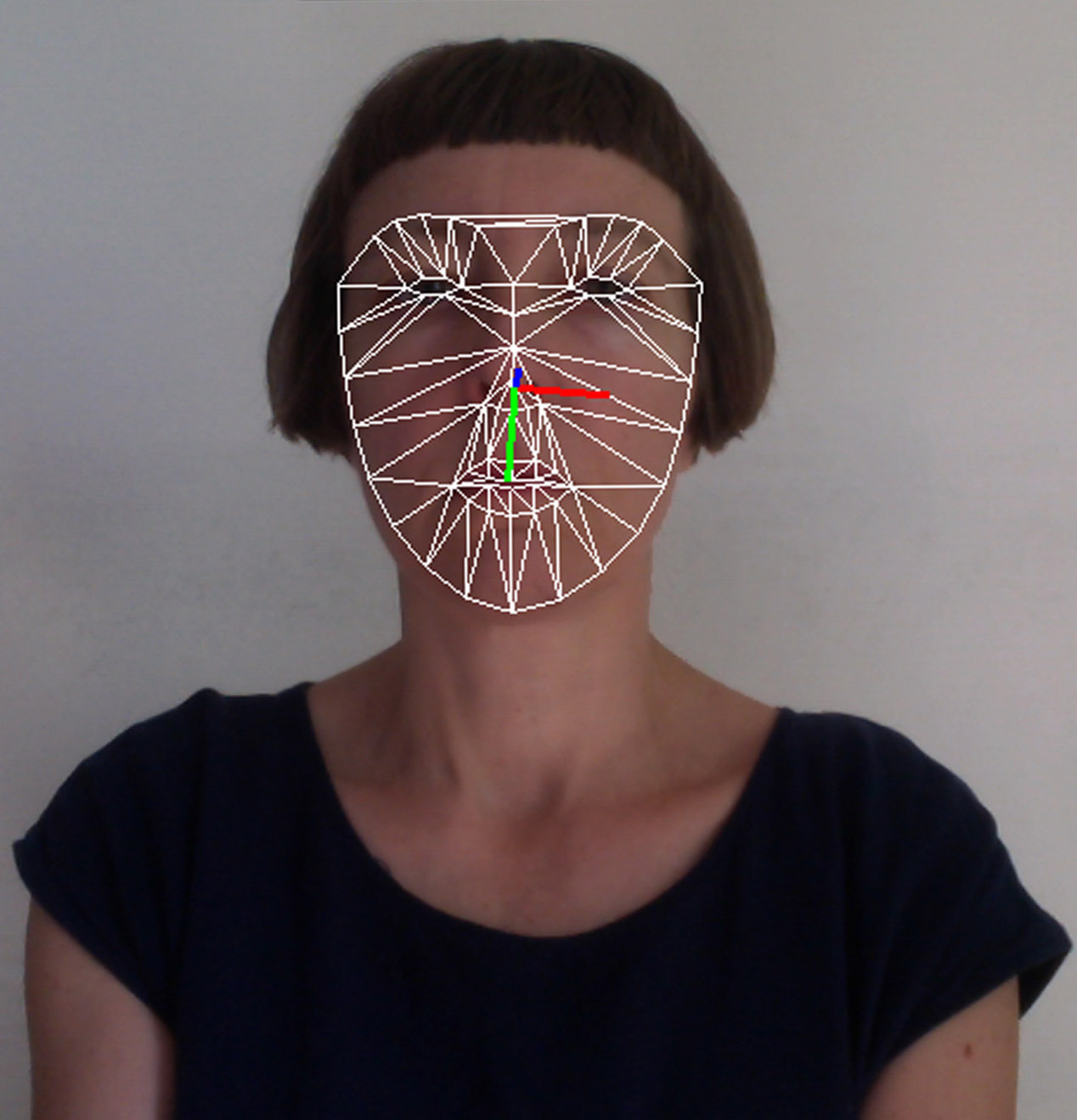 Jasmine Guffond is an artist and composer working at the interface of social, political and technical infrastructures. Through the sonification of data she addresses the potential for sound to engage with contemporary political questions. Interested in providing an audible presence for phenomena that usually lies beyond human perception, via the sonification of facial recognition algorithms, global networks, or internet tracking cookies she questions what it means for our personal habits to be traceable, and for our identities, choices and personalities to be reduced to streams of data. She has exhibited and performed live internationally, and recorded music for the Staubgold and Sonic Pieces labels. A new album 'Degradation Loops' was released on Karl Records in October 2018. 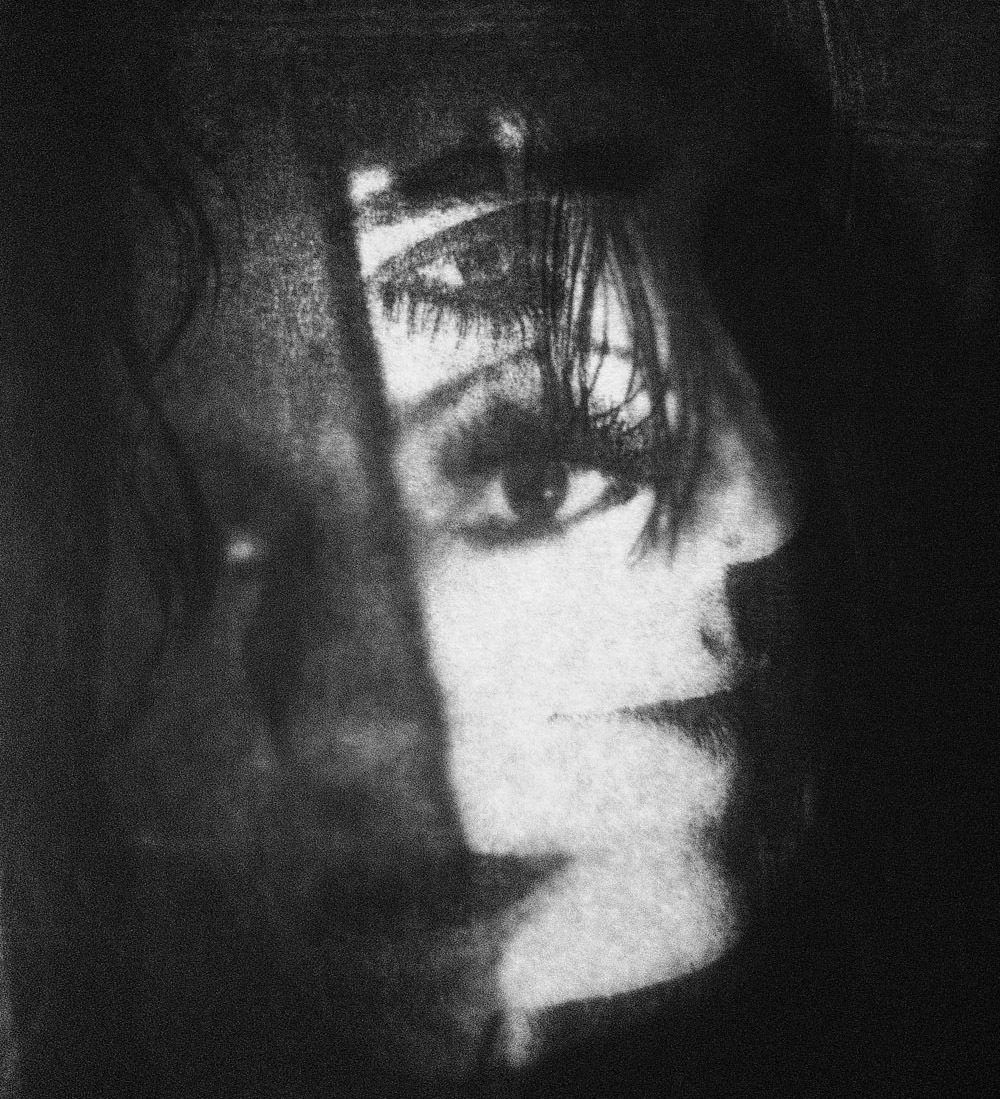 is the percussion and electronic music duo of Colin Hacklander and Farahnaz Hatam. Interested in rhythmic stability and its absence, sound as sculptural material, sound as a medium in which ideas are communicated, digital sound synthesis using SuperCollider, drums, and percussion. The duo create live concerts, theatre music, fixed media works and is involved in many collaborations.
For their EAVESDROP performance Fredrik Olofsson's custom rotating led light stands will be placed in among the audience with an intention to give a disorienting and dazzling effect. They are controlled wirelessly to flash in pattern formations and/or react to sound. People sensitive to the stroboscopic effect might want to take care.
Fredrik Olofsson studied composition at the Royal College of Music in Stockholm and at the School of Music in Piteå. Ever since his graduation in 2000 he has worked as a freelance soft- and hardware developer, performer, composer, video artist and teacher. Photo by Ian Liddle 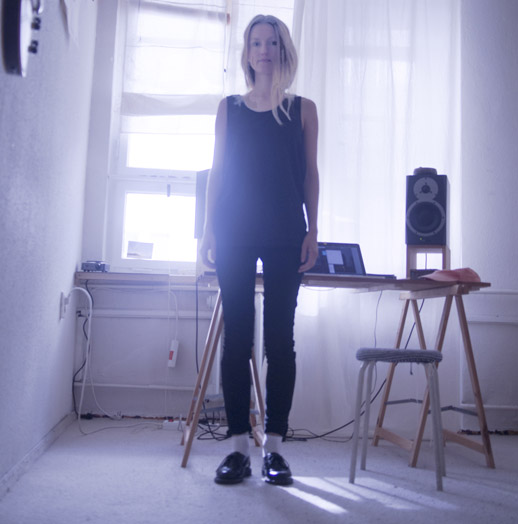 Silje Nes takes interest in particular and physical manifestations of sound. In her current work she explores the creation of environments that express a certain autonomy, removed from compositorial processes. She released Ames Room (2007) and Opticks (2010) on FatCat Records. She holds degrees in Philosophy, Design and Sound Studies, and her recent projects have been supported by the Norwegian Arts Council. 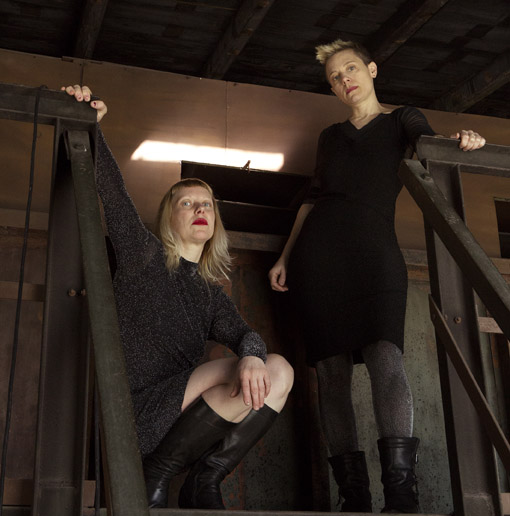 PareiDoliA is Marta Zapparoli and Liz Allbee, two Berlin based experimental musicians. Together they consider the inaudible pollution that surrounds us. A sonic web of signals and noises that propogate through space and traverse our bodies. Marta gives voice to these otherwise imperceptible waves using self-built antennas and world-wide band receivers, drawing awareness to the potentially harmful biological and environmental side effects. In response Liz moves outwards from the inner, highly subjective world of a remarkable trumpet player with her custom-designed quadraphonic trumpet and tine wave spatializations. Together the two perform immersive multi-channel compositions of haunting intensity. Investigating the extremes of presence and absence: reconfiguring the embodiment of instrument and performer in space, and transmitting and receiving spectral voices.
Photo by Uta Neumann 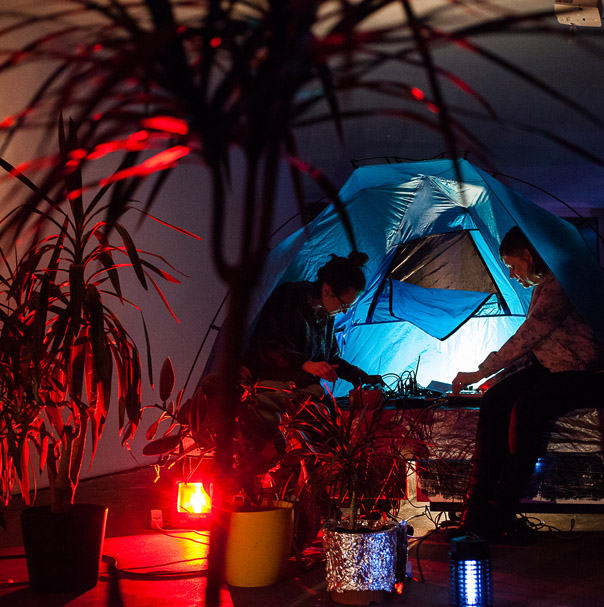 Christina Ertl-Shirley and Felicity Mangan combine each artist’s personal investigation into the sound phenomena produced by plants and animals. Through the combination of Ertl Shirley’s submerged sonification of plant biochemistry and self-built synthesizers, they capture and sonify the chemical composition of plants. Mangan explores the timbre and forms of found and self-recorded animal voices while mimicking biophonic patterns to create minimal quasi-bioacoustic environments. Together they create electro- acoustic compositions grafting field recordings, live and pre-recorded drones and pulses produced by the remnants of plant biochemistry, modified animal voices all embedded in a bioacoustic sphere of synthetic and oscillating hybrids. 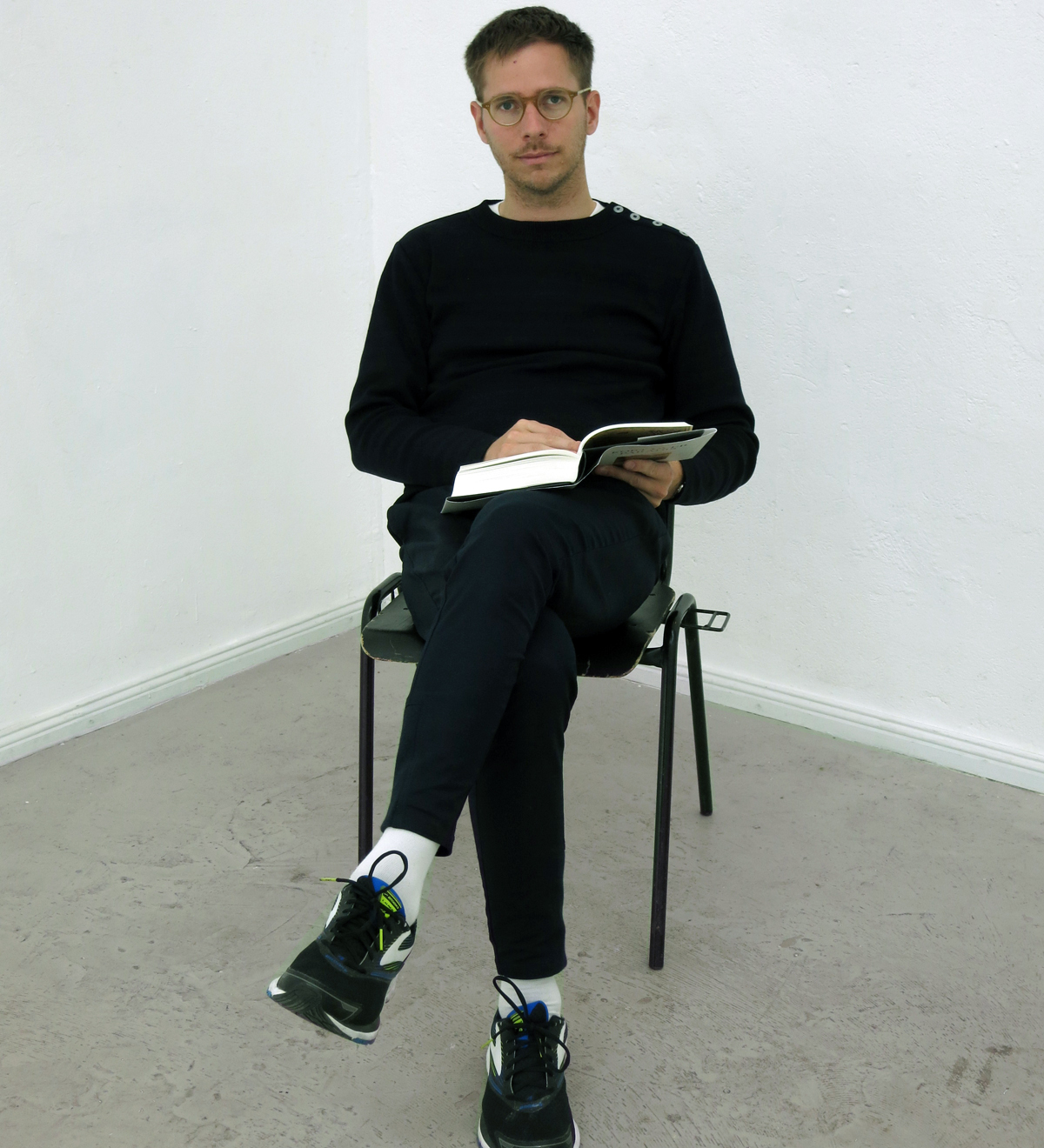 As an artist and lecturer Jacob Eriksen primarily works with sound. Through musical performances and installations he is addressing the organic in synthesis and the synthetic in organisms. By using concepts of repetition, duration and becoming, which are often central parts in his works, Jacob Eriksen seeks to challenge the human connotation of said concepts through sound. The DJ-set will fluctuate between abstract ambiences, noise and broken down patterns with associations to techno music. 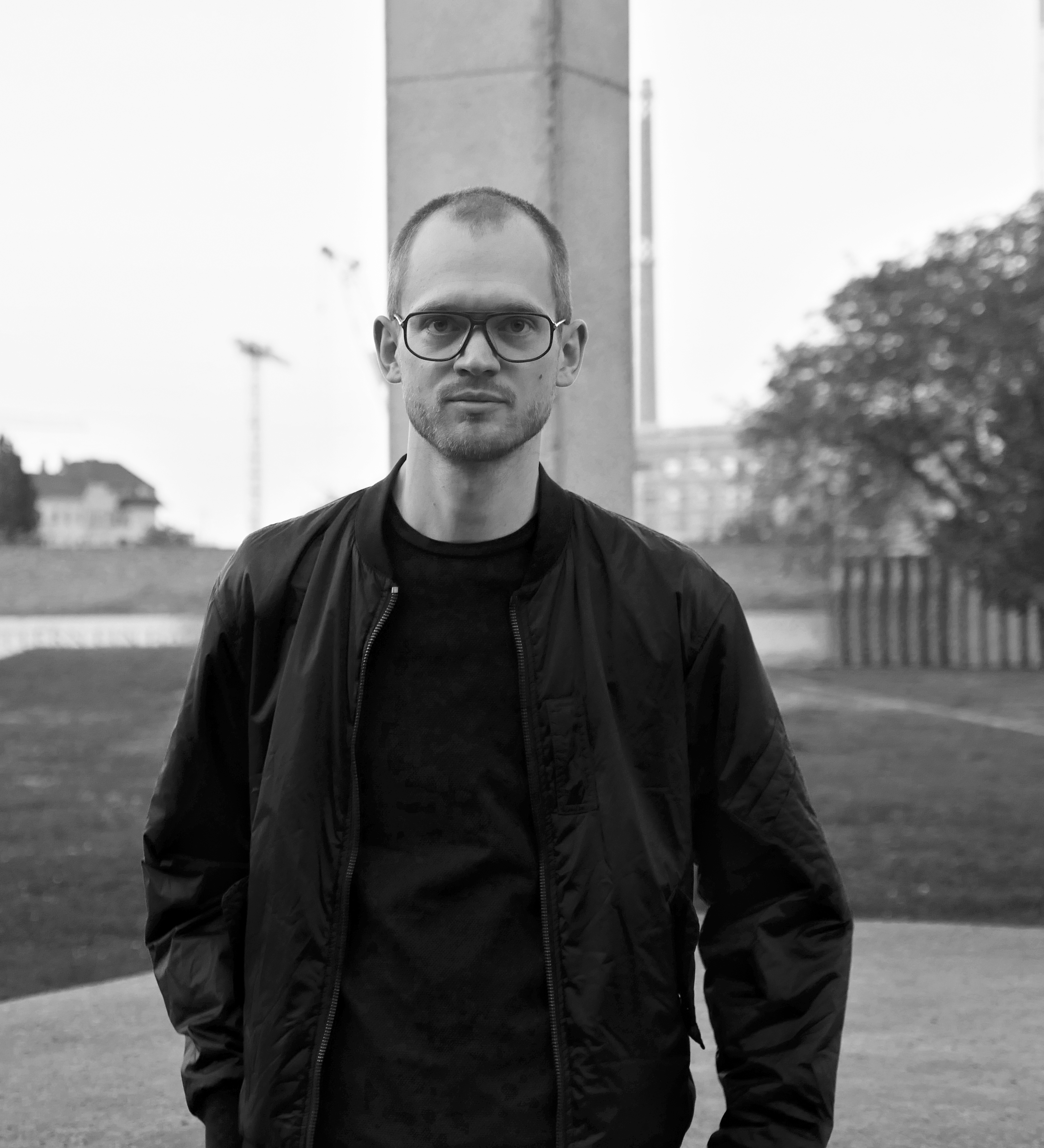 In his installations and performances Lukas Grundmann explores relations between medium and message, signal and noise, temporality and sound. He is one of the people behind Cashmere Radio where he is also co-hosting „Chronopolis“, a radioshow for Generative Music. The DJ set will connect trajectories of sound art, experimental and computer music with more club oriented music in between dub, techno and grime.

JD ZAZIE is an experimental DJ, avant-turntabilist and sound artist based in Berlin. Coming from a DJ and radio phonic background, JD Zazie has explored different approachs to the real-time manipulation of recorded sound. In her work she redefines DJ and elctroacousic activitis. As a solo performer, in small groups or large ensembles she moves in an area which is constantly stretching the borders of DJ mixing, free improvisation and composed music. She is the art director of "MuseRuole - women in experimental music" festival and is a member of the Italian label Burp Enterprise. 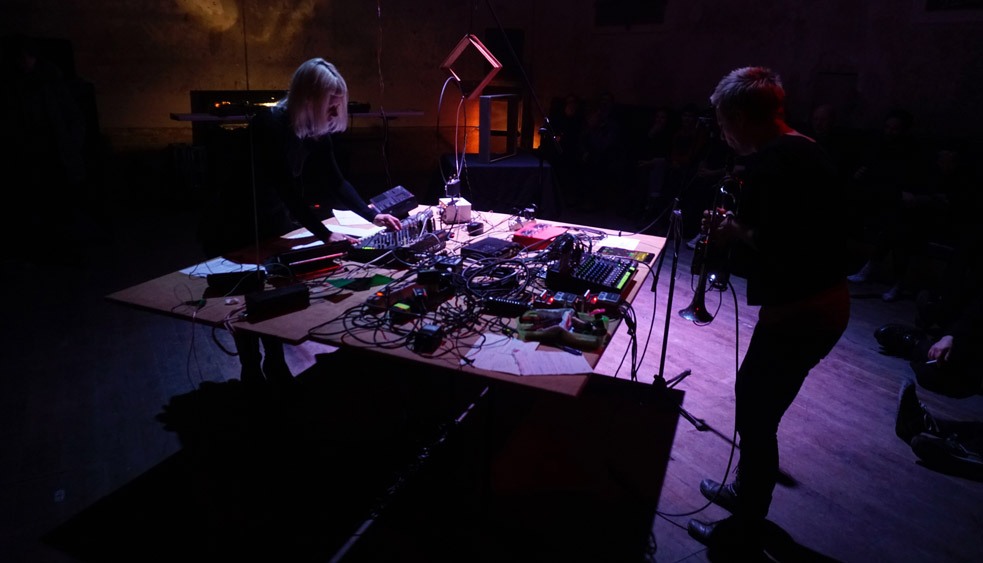 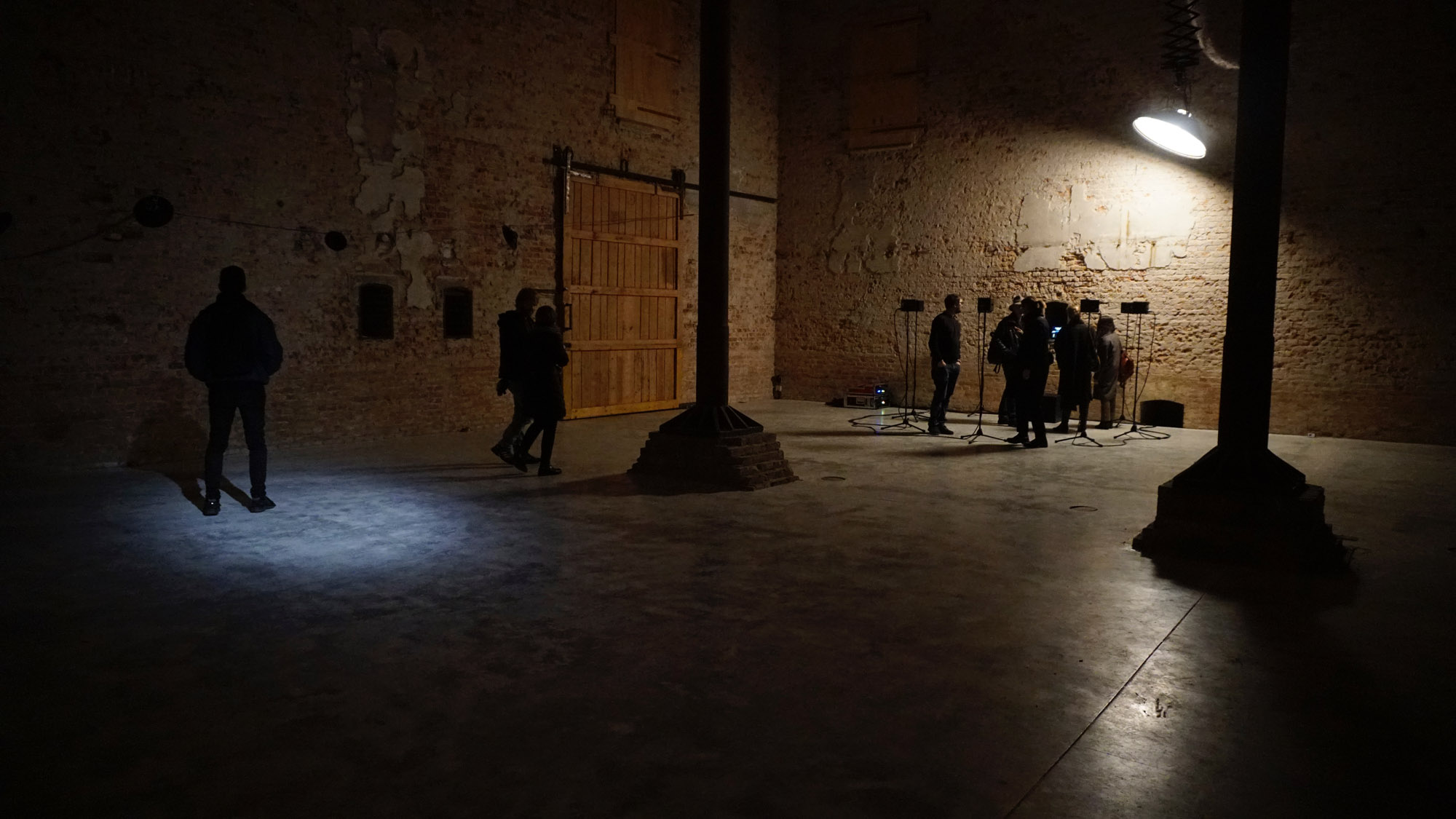 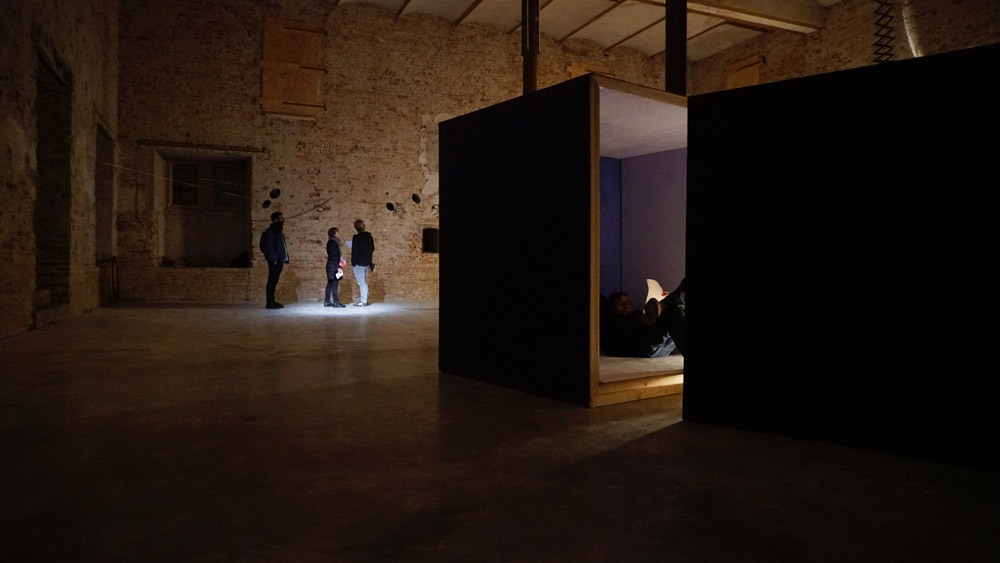 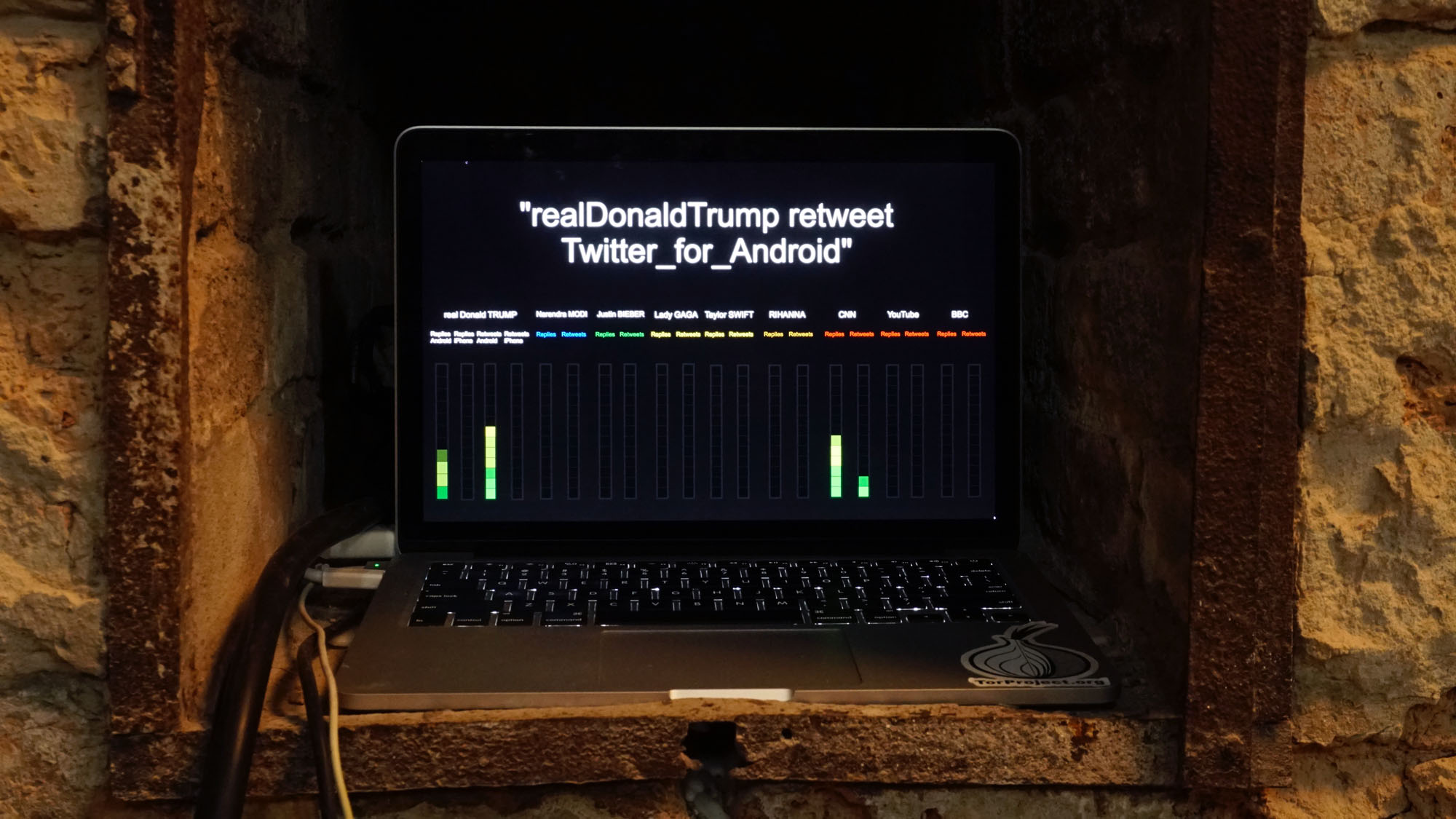 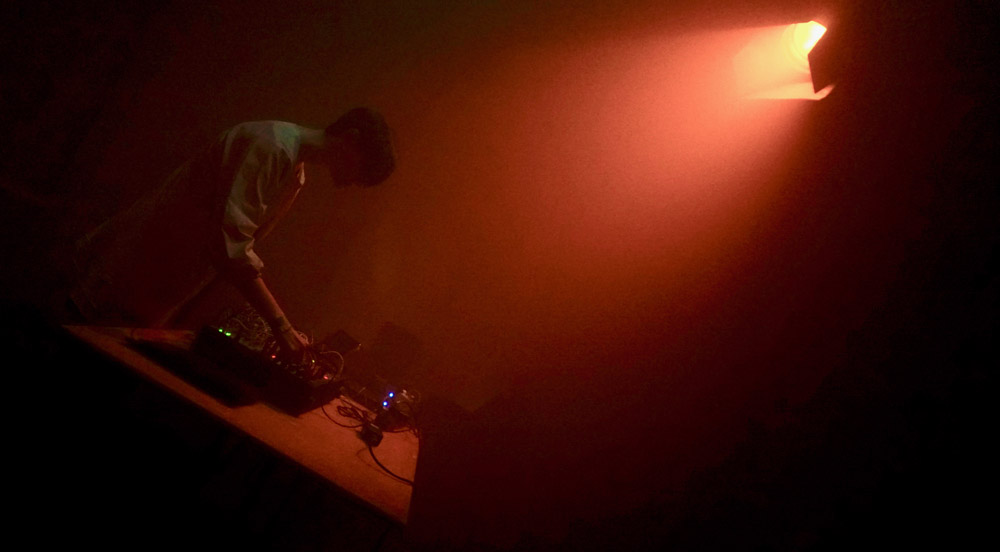 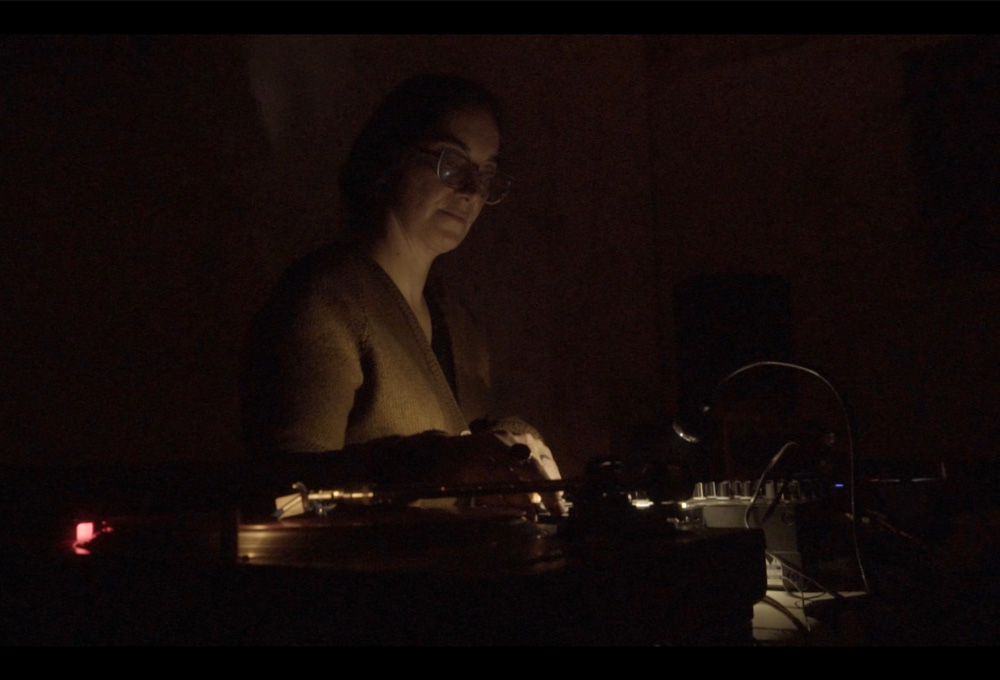 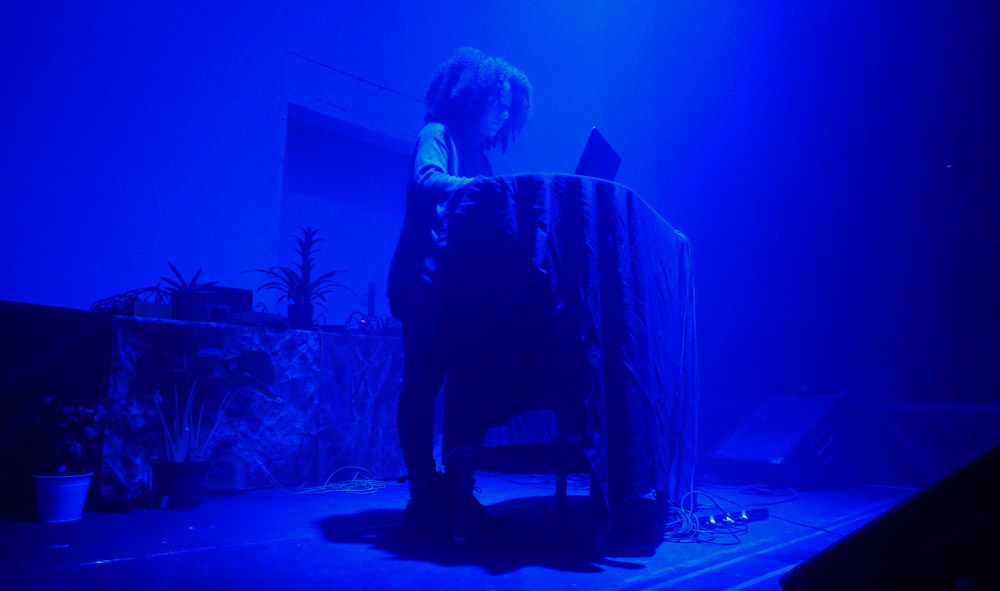 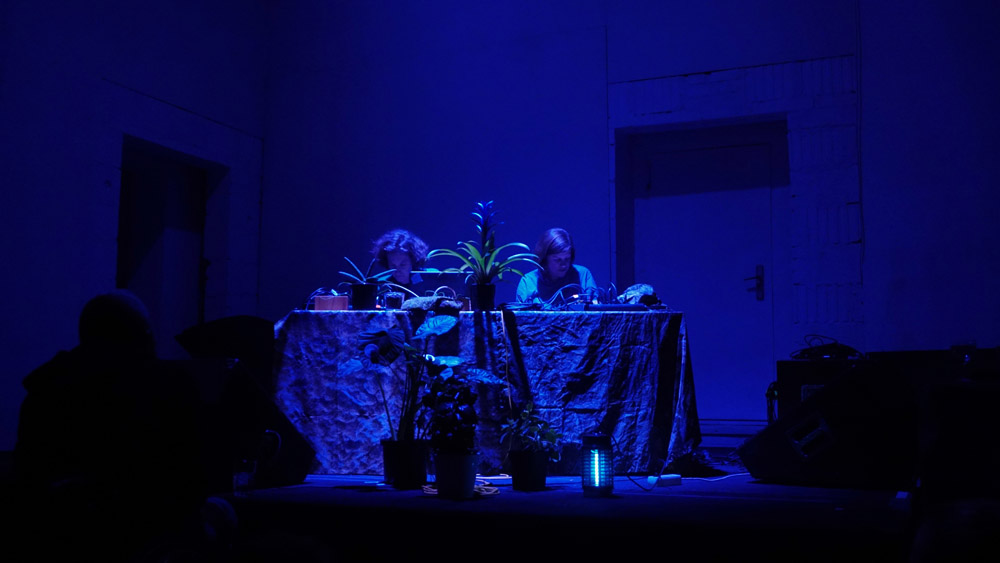 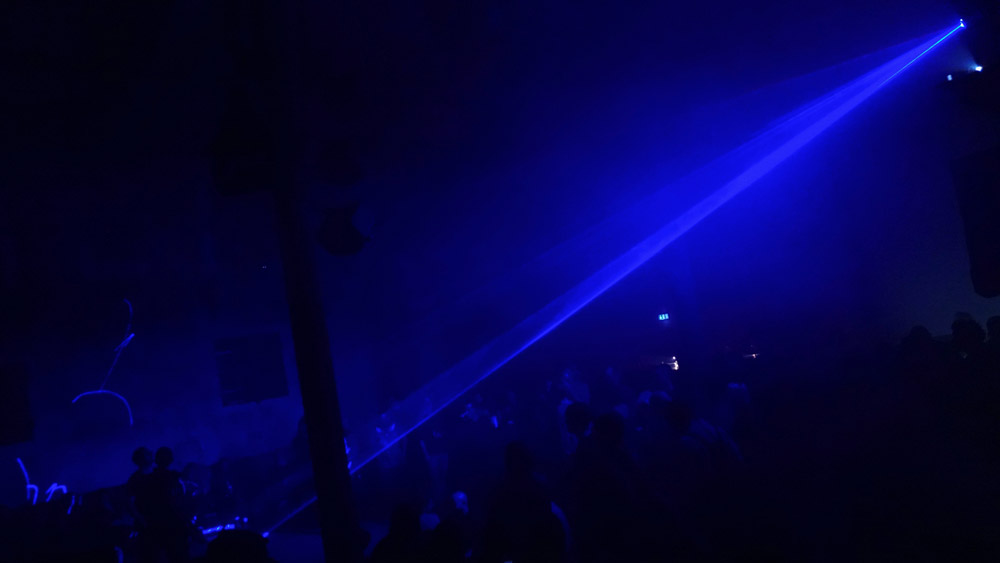 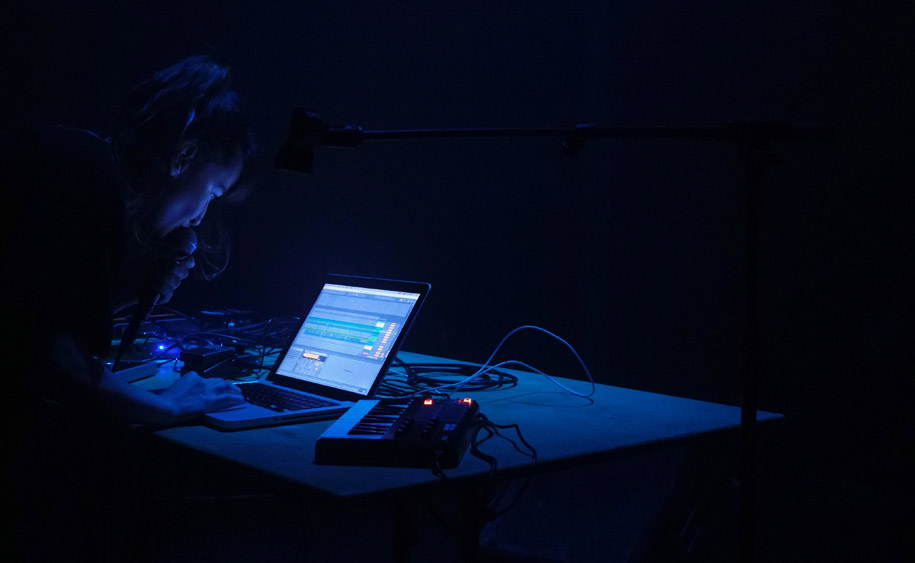 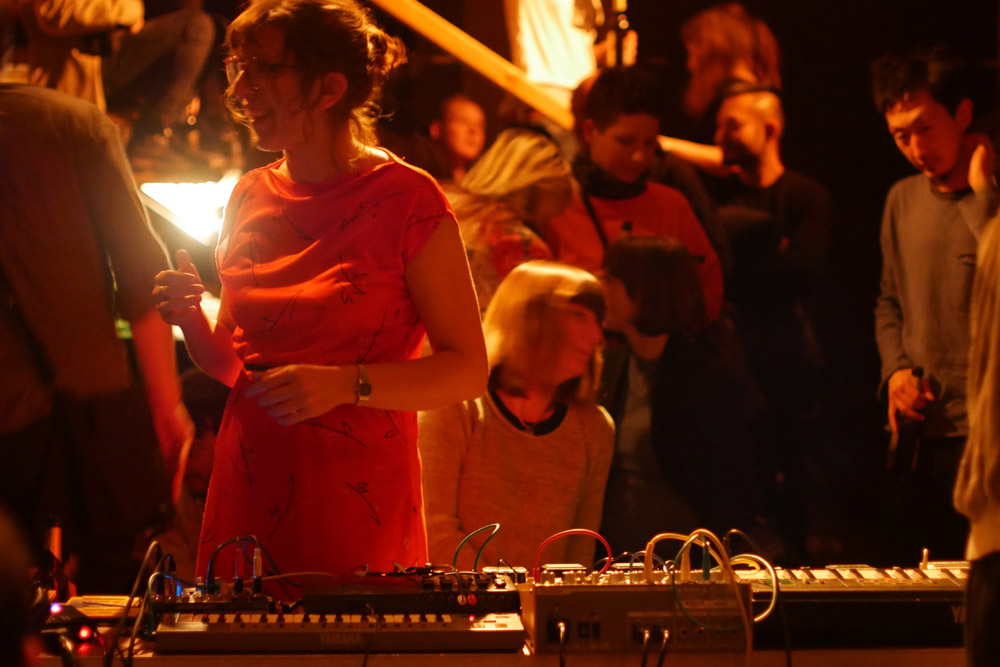 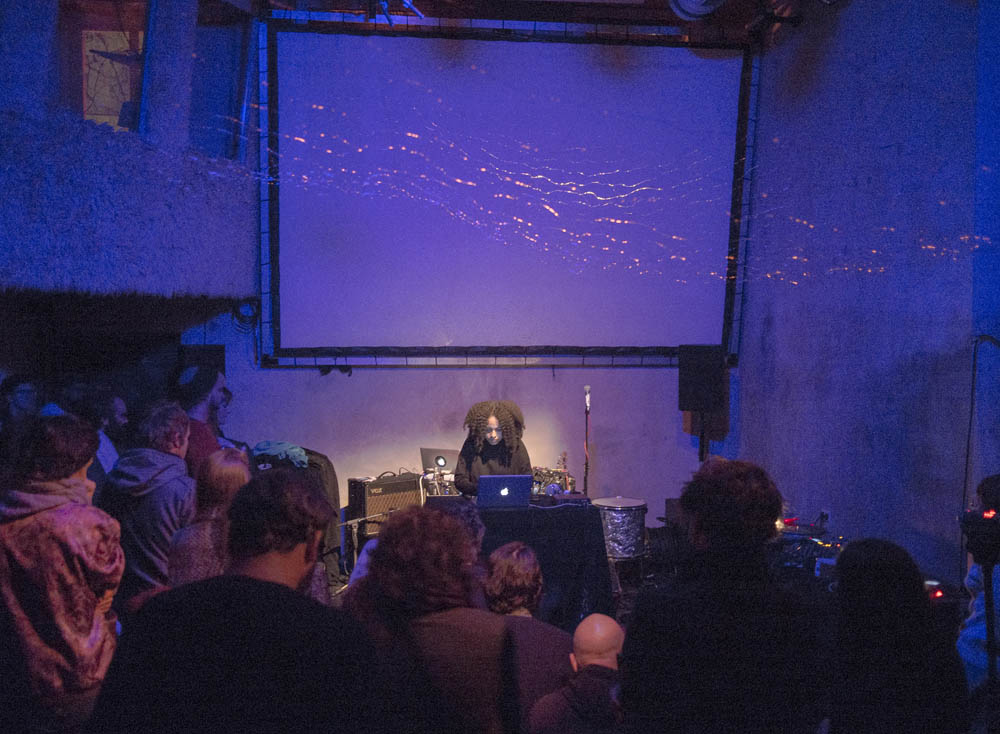 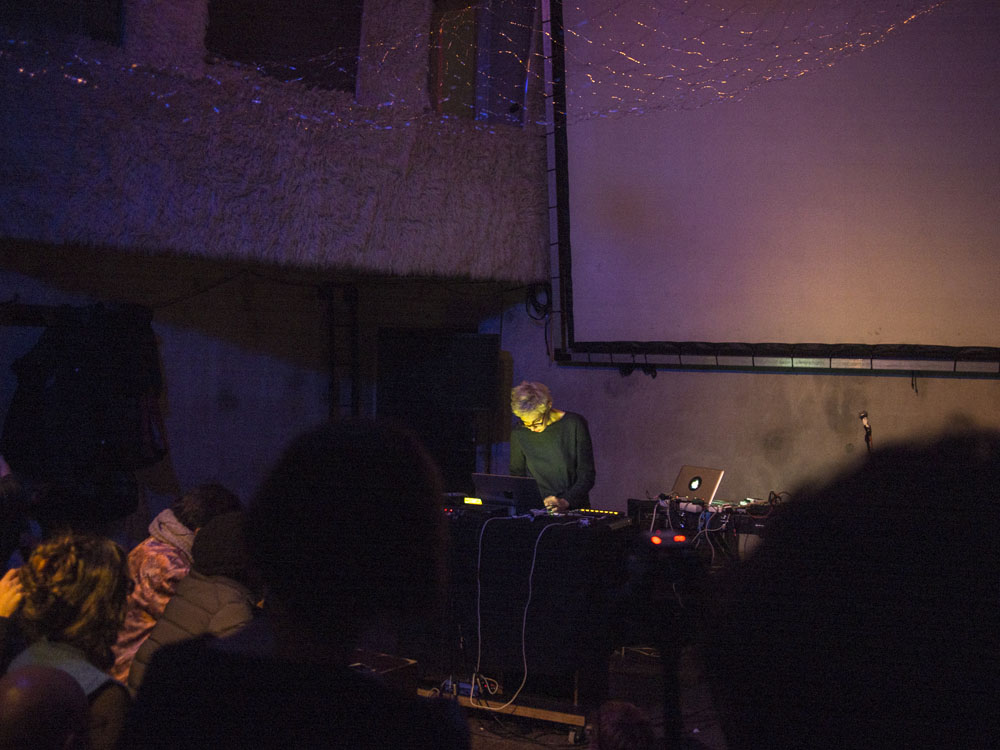 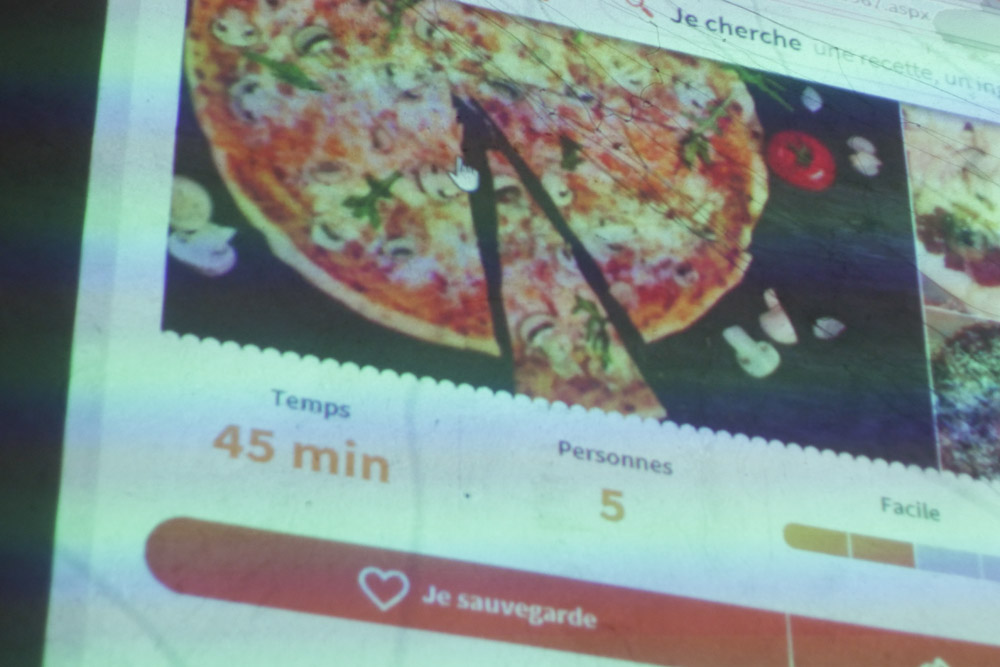 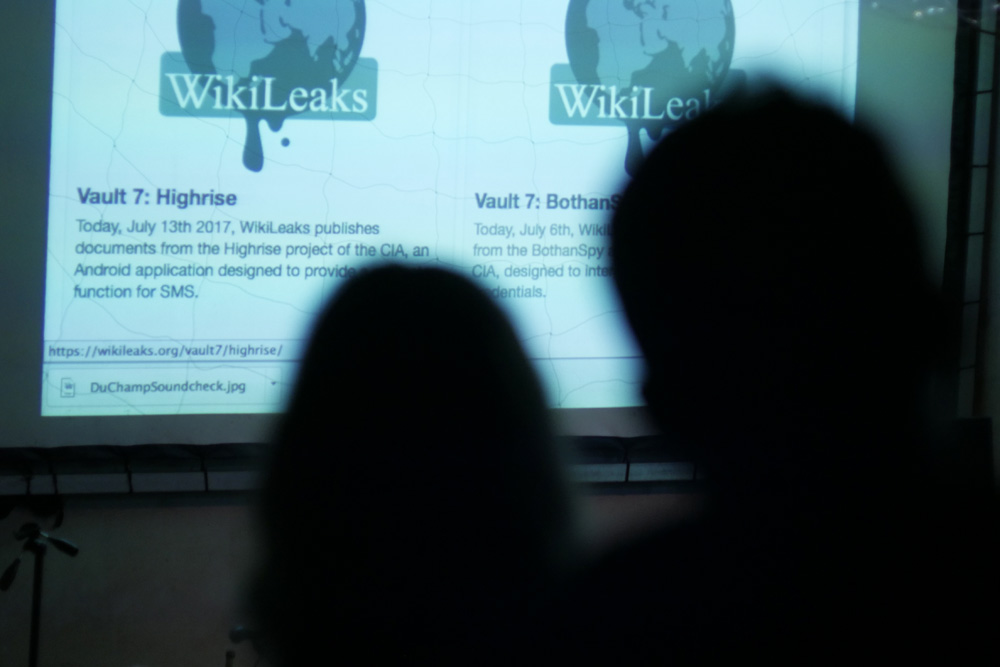 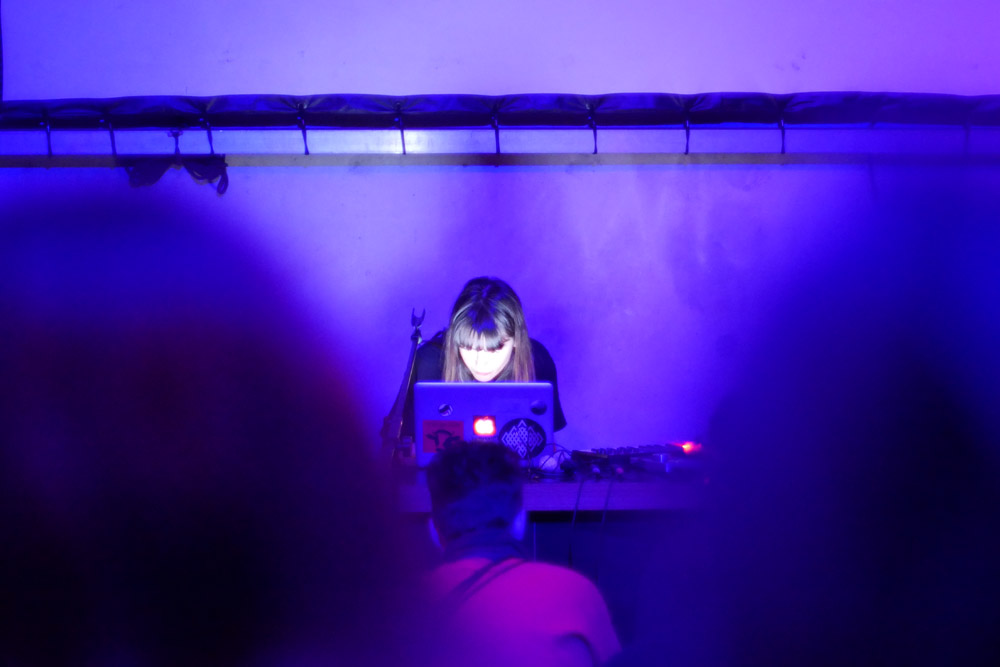 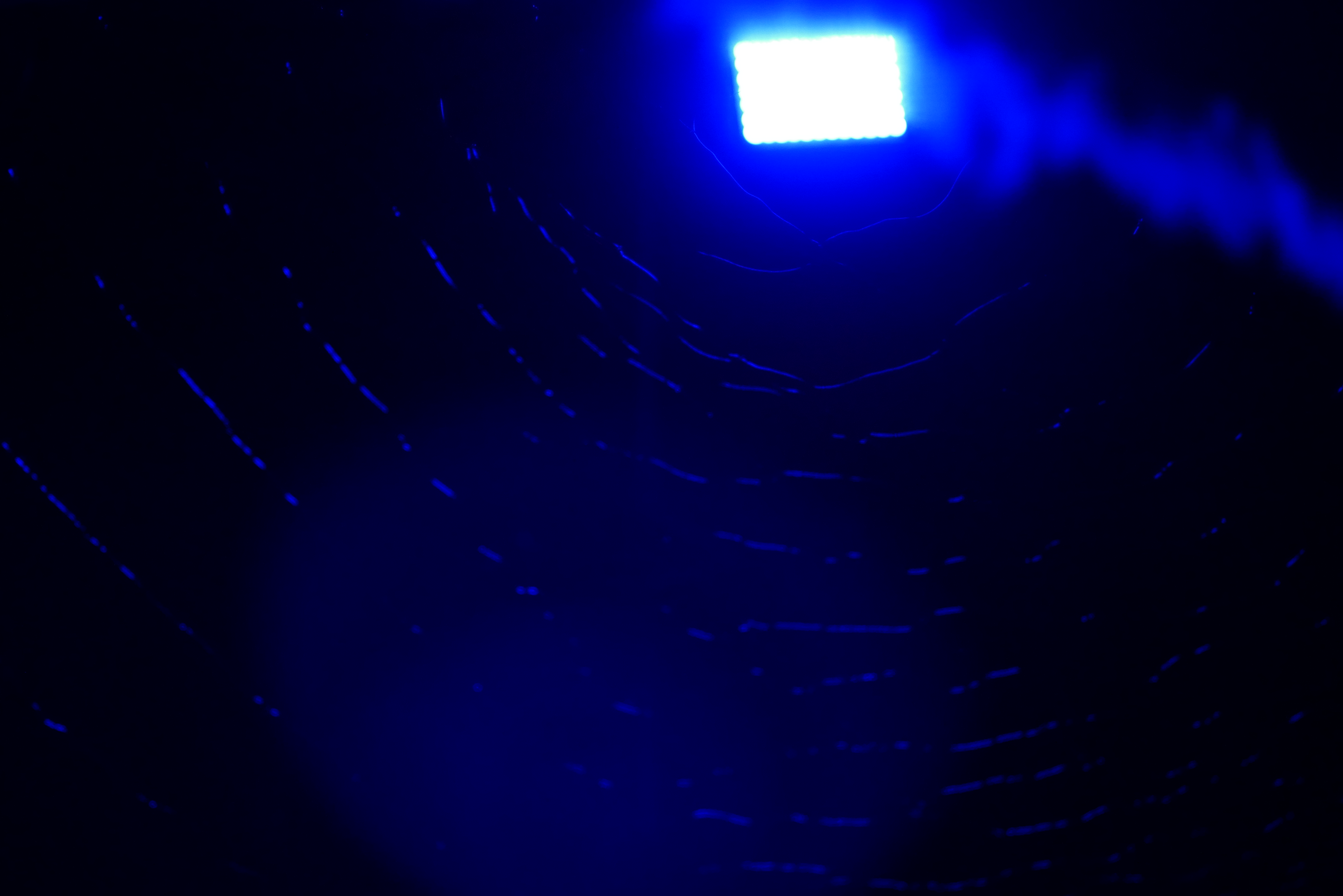